What’s going on with travel in Washington state with Stay Home, Stay Healthy?

Like many, my workday usually begins with a check of our Twitter feed to see what's happening on the roadways. Typically, I'd see growing travel times as the morning progressed, and sometimes news of an incident that people should know about before heading out the door. That's changed during the past several weeks since Governor Inslee introduced the Stay Home, Stay Healthy order. We've been monitoring travel conditions statewide and it's clear people are staying off the freeways and ferries.

However, as we head into another weekend when people are being asked to stay close to home, it's important to note we've seen traffic volumes inch back up in many areas across Washington. While the roads look starkly empty and the sun might be a temptation to break distancing rules, let's stay the course.

The graph below shows the overall number of vehicles is down significantly from typical conditions last year. Weekends are consistently lower than weekdays, due to the fact those types of trips are largely discretional and those options are limited with only essential businesses remaining open.

In early March, several large employers in King County allowed staff to work from home, which coincides with the first dip in traffic. The next decline came after K-12 schools in Snohomish, King, and Pierce counties were closed on March 13, which was extended to all districts in the state. The first day of statewide school closures was Monday, March 16. Coupled with the closure of all recreation facilities, and in-person seating for bars and restaurants, traffic continued to decrease. On March 23, Gov. Inslee issued the “Stay Home, Stay Healthy” order. Thursday, March 26 was the first full day the order took effect and that was also the day highway numbers bottomed out. There are still some slight daily changes, but nothing dramatic.

The declines are more pronounced in the urban areas, which makes sense since this is where populations and major employers are concentrated. In looking at the edges of commute sheds - the outer areas where people begin their trips towards jobs centers - the numbers are below typical conditions, then tend to drop more near the central business districts of Seattle and Bellevue.

For example, if you look at I-405 during the weekday, decreases in Bothell and Tukwila are around 40% since February. In downtown Bellevue it's 55%. We see a 40% decrease on I-5 in Everett and Lynnwood, with reductions near 50% in downtown Seattle. 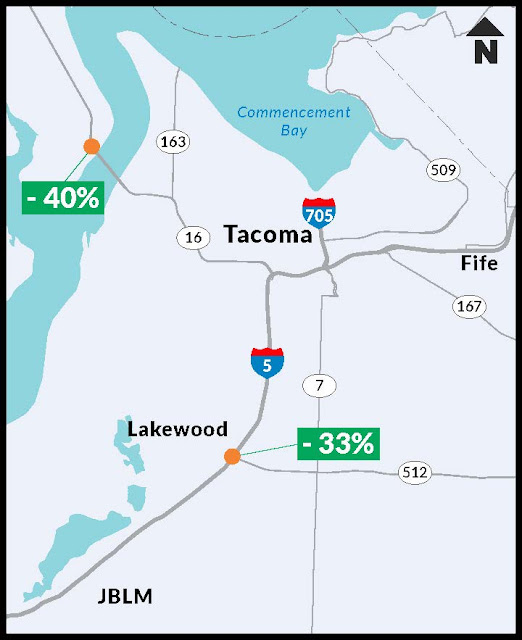 Similar trends are happening farther south in Thurston County where weekday I-5 traffic volumes dropped 40% at Meridian and in Tumwater. 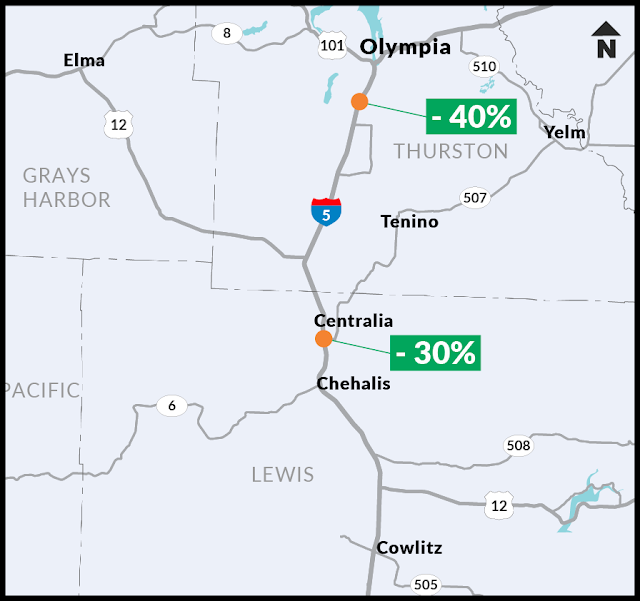 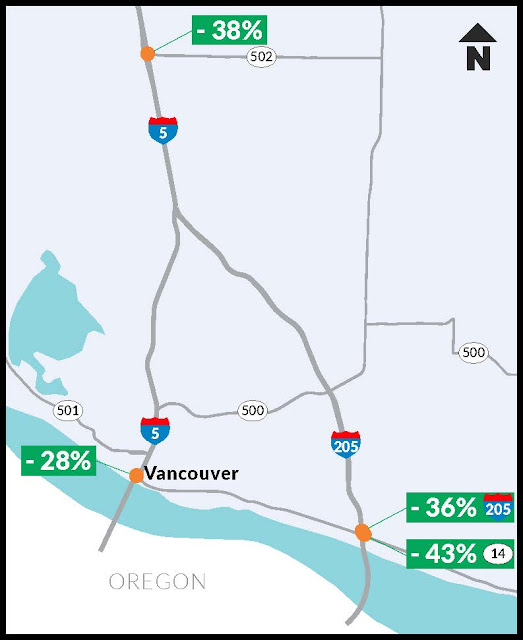 This trend is similar in Spokane County, with reductions near 20% on the North Spokane Corridor, and 38% on US 195. 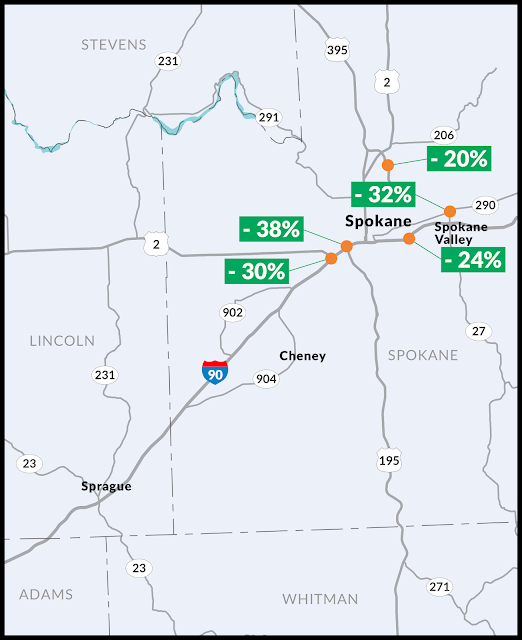 Ferry ridership is also lower. Vehicles aboard ships are down 76%, and walk-on passengers are down 92% compared to the same time last year. The largest impact is on the core Seattle routes. Sailings have also been reduced and adjusted due to the lack of demand. For the most part, the ferry system is continuing to operate to serve communities' essential services like groceries, fuel, and for first responders who commute. 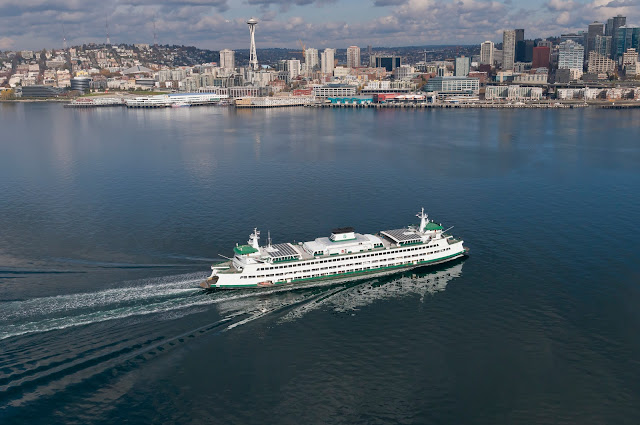 OK, so what's the point?

Why are these numbers important? In short, they're helpful for decision makers and public health officials in understanding if there is an effect with the Stay Home, Stay Healthy order and social distancing practices. There are still a lot of unknowns surrounding the COVID-19 pandemic, but what we do know is the measures people are taking now help to keep us safe and reduce the spread of the virus.

While the numbers we've seen are drastic reductions in ridership and the number of vehicles on the road, many of the percentages aren't as low as they were just two weeks ago, and you can see the rise on the graph. That's not a welcome trend just yet.

At the risk of sounding like a broken record, let's stay vigilant and keep up the good work of social distancing during the Stay Home, Stay Healthy order.

Please be well and enjoy the nice weather responsibly!
Posted by WSDOT at Thursday, April 16, 2020