A couple of different sinkholes have closed down our roads this summer. One of the most recent, on Monday, July 31, 2017, was on State Route 534, which runs for about five miles through Skagit County near Lake McMurray and Camp Korey. While small, this road is very important to those who live and work in the area. It is a busy truck route and connects neighbors in the Lake McMurray area and along SR 9 with I-5.

This sinkhole started as what might be described as a dimple in the road. A little sunken area that most of us probably wouldn't have noticed. Luckily our maintenance teams did, though! Lead technician Doug Knott, and his team were heading to a project on SR 534 when they noticed that the area just didn't look right. They stopped to investigate and quickly realized that this little void wasn't quite so little. 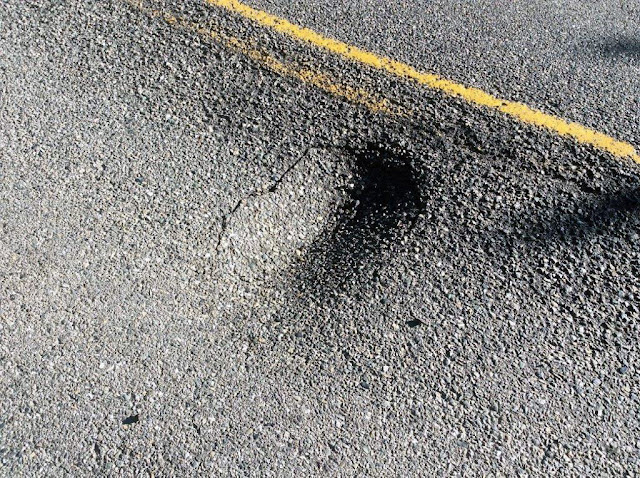 The crew closed the road and coordinated with our communications staff to get the word out to the public about this closure. It was important that we let travelers know quickly that the detour during the repair was expected to last most of the day. 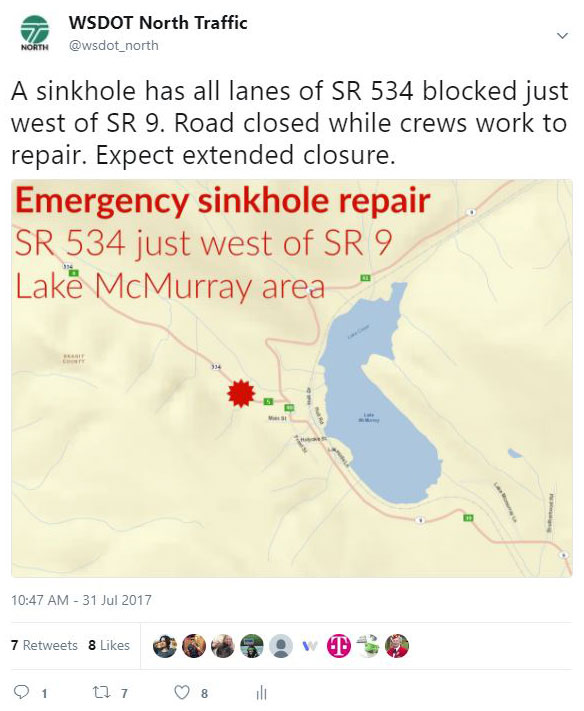 Then Doug and his team got to work. They opened up the dimple, revealing the sinkhole, and then kept digging. 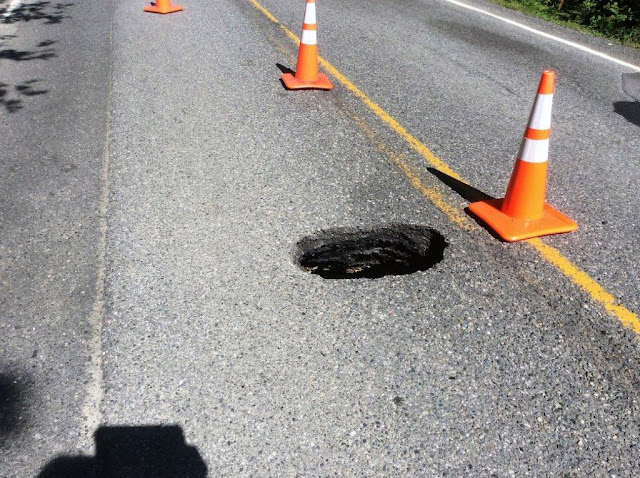 They determined that the issue was a leaking culvert right under the highway that was washing away the roadbed, leaving nothing for the asphalt to sit on. 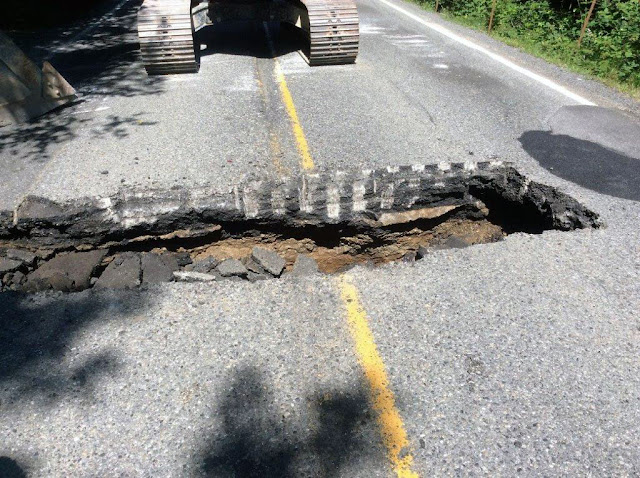 The crew dug up all the damaged area and prepared for a temporary repair. They moved in gravel to fill the area and then added asphalt back to the road. 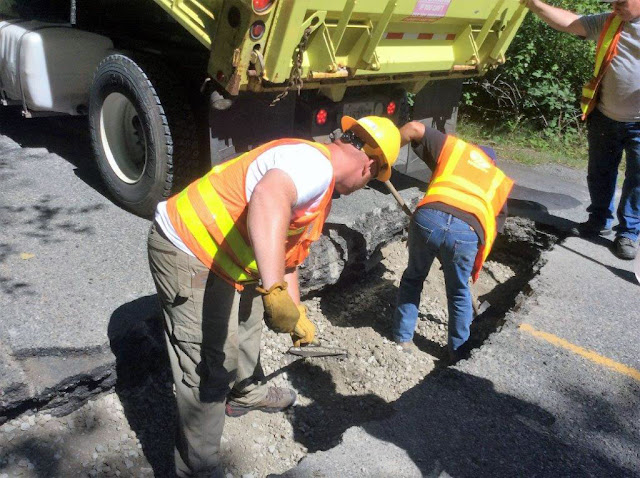 Thanks to Doug and his crew for their sharp eyes and hard and quick work. They were able to reopen the road in less than five hours and while we know some folks were forced to take that long detour, the quick work by the team meant that afternoon commuters didn't need to alter their routes.

There is still a dip in the road where the temporary repair is so you may see signs warning drivers to slow down and be ready for it. Now plans are being made for a permanent repair which we don't have work hours scheduled yet, but I'll let you know when we do. 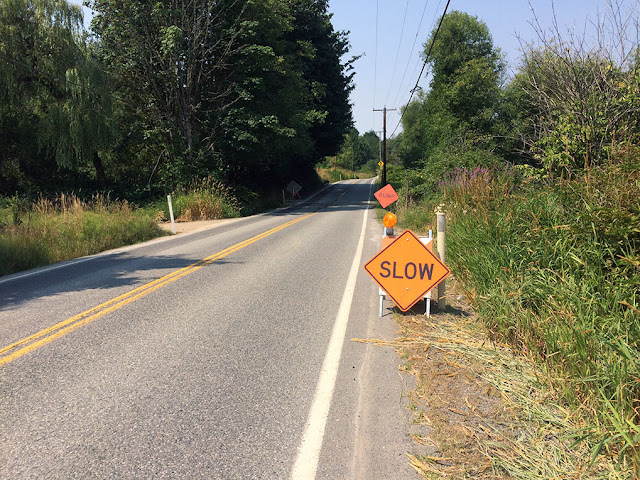